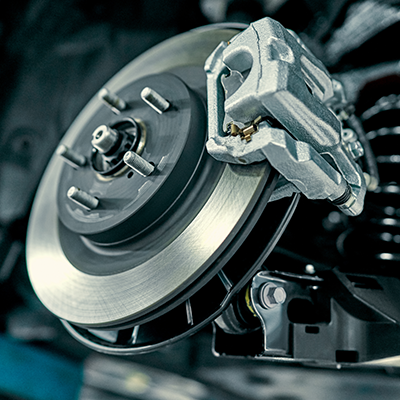 The ABS pump, also referred to as the modulator, is responsible for the proper operation of the entire ABS system. When an ABS sensor detects a difference in the rotational speed of the wheels, the pump adjusts the pressure of the brake fluid in the entire system and thus prevents the wheels from locking during braking. The most common cause of its malfunction is worn brake fluid or a faulty control unit.

What is the role of an ABS system?

How does an ABS pump work?

An ABS pump is comprised of an electrical engine, electromagnetic valves and a base to which the brake hoses are connected. An ABS pump is not repairable and requires replacing if defective. The replacement process is complicated as it requires disconnecting the brake hoses by means of a specialist tool, followed by disconnecting electrical cables, and, finally, the pump itself.

What to keep in mind

After disconnecting the old pump and connecting a new one, the brake fluid must be refilled and air must be removed from the braking system. Removing air from an ABS system requires a diagnostic tester, which controls the opening of the pump valves, allowing removal of air from all of its circuits. Finally, a test drive should be performed in order to ensure that the brakes operate properly and that there are no leaks on the joints disconnected during the replacement process.