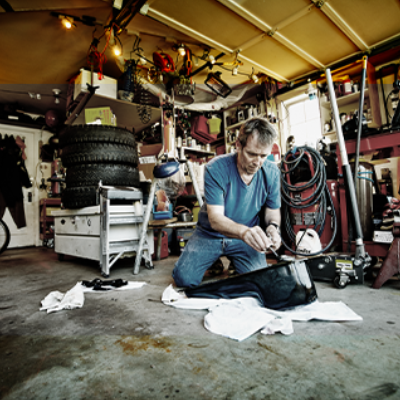 The injection pump is an important component of the diesel engine. It supplies the right doses of fuel at the right injection angle. These parameters are controlled by the ECU and the pump's controller. The most frequent causes of the pump's malfunction include poor quality fuel, lack of fuel or inadequate maintenance (failure to check the system for leaks or change the fuel filter).

The fuel pump is responsible for providing the fuelling system with the right pressure in order to enable the injectors to feed the right amount of fuel into the system for combustion. In petrol engines, the fuel pump is usually located inside the fuel tank.

In Diesel engines, the fuel tank holds an auxiliary pump, while the injection pump, generating high pressure and controlling the order in which the injectors are opened, is located next to the engine. A diesel engine fuel pump failure may manifest itself in many different ways, as it performs several functions: it generates fuel pressure, controls the feeding of fuel into each cylinder, and handles the injection timing. The electrical valve responsible for turning the engine off, which constitutes an integral part of the pump, may also fail.

If a repair is required, the injection pump must be removed from the engine. The pump is usually powered by means of a timing belt or timing chain, which may also have to be detached. Prior to a repair, one should also disconnect the fuel hoses running from and to the pump, as well as the electrical cables, if any. Only then can the bolts holding the pump be unscrewed and the pump itself removed from the car.

When fitting in a new pump, one should position its shaft in the first cylinder injection position, and when the pump has been put into place but not yet secured with screws, the injection angle should be set using a special device. After connecting all fuel hoses and electrical cables, the fuel system should be vented. If the pump that is being fitted has been repaired or used, a good idea may be to have it checked and calibrated on a pump test stand to ensure that it works properly.

Check the new pump for any leaks after driving several kilometres.