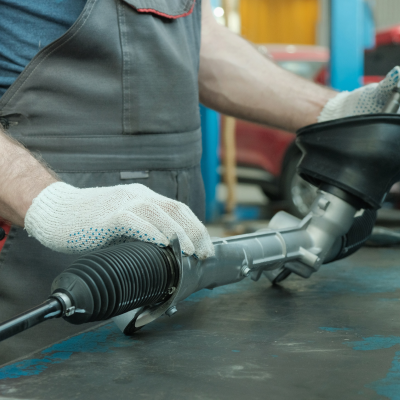 Knuckles are responsible for the proper positioning of the wheels. Depending on the suspension type, knuckles may be connected to the upper or lower swing arms. In the case of the front wheels, knuckles hold the track rod ends. A knuckle may be equipped with a bearing or have a hub attached to it. A knuckle should be replaced if damaged as a result of an accident or impact.

What is the steering knuckle?

How is the steering knuckle changed?

What to keep in mind